How to install LED strip lights

To install your LED strip lights, you can either use a connector for easy attachment, or you can solder the wires to the strip, which carries more current and creates a more stable connection. Whichever method you choose, make sure you cut your light strip along the designated cut points to ensure your lights will work if necessary. By using strip connectors or soldering tools, you'll have lit LED lights in no time!

Below is the LED strip lights installation by using strip connectors.

Step 1：Choose a strip connector that works with your LED lights.

The main types of connectors are clip-on and fold-over ones. When you choose a connector, be sure it works with the wires you’ll be using according to your type of strip lights—a different connector may be necessary for a monochrome strip light than for a RGB strip light with multiple colors. Refer to the packaging that came with your strip lights for details about the specific kind of light you purchased. 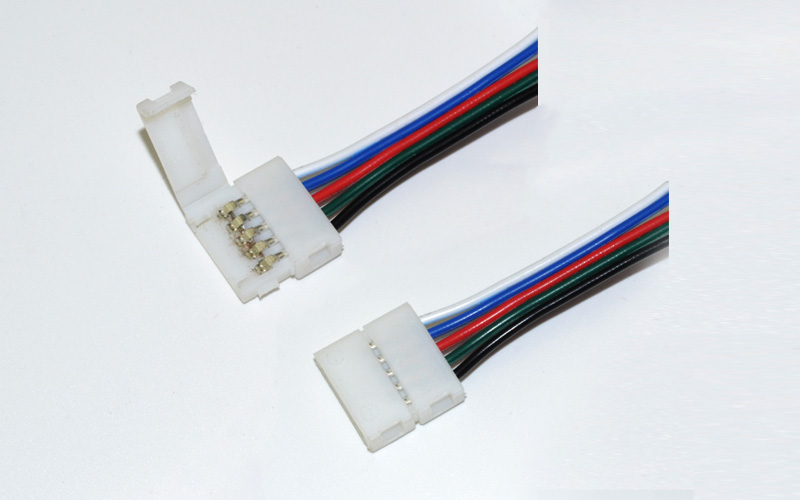 • If your LED lights are super close together, you won’t be able to use a fold-over connector because it won’t have enough space to close.

• If you’re not sure which strip connector to choose, look at the recommended strip connectors for the specific brand and type of strip light you’re using.

Step 2：Slide the strip into the connector.

Step 3: Align the wires with the correct color on the strip.

The dots on either side of the cut line are the dots you use to align the wires. The light strip should have letters telling you which colored wire goes where, making it easy to align them correctly.

• For example, if your connector had 5 wires in white, blue, red, green, and black, you would align them with the connection dots labeled W, B, R, G, and 24V.

• If you only have two wires that connect to your strip, the strip will likely have a + and - sign on each side.

Step 4：Close the connector depending on the specific type you’re using.

A fold-over connector is closed by pressing down on the flap until it latches. A slip-on connector will have a gray or black button on each side that you press to lock the strip in place. 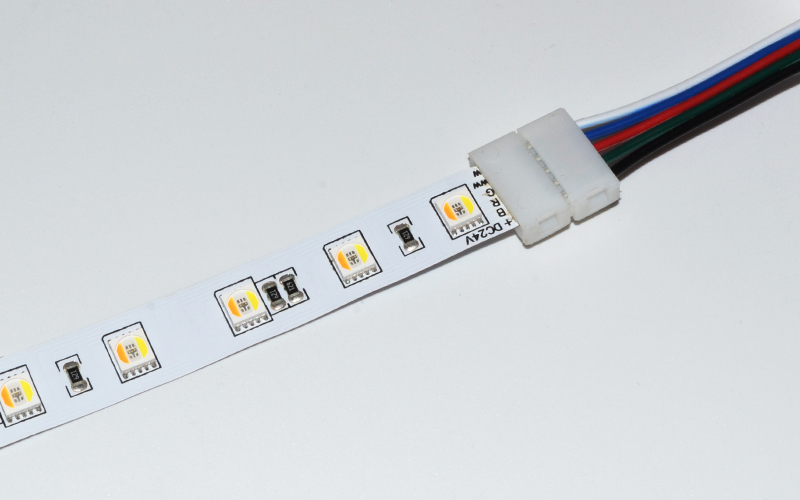 • Make sure your connector isn’t inhibiting an LED light so that your strip will work correctly.

• With your strip lights connected to the wiring, you’re ready to plug in your lights.